Operations at the Fergusson container terminal were halted for several days  following the incident on August 27 when a straddle carrier tipped over. Port worker Laboom Midnight Dyer later died in hospital. WorkSafe is investigating the accident.

CBAFF Executive Officer Rosemarie Dawson said the temporary closure period, and investigation, has resulted in a significant backlog both for containers and the Ports of Auckland Ltd (POAL) vehicle booking system.

“Our thoughts are very much with Mr Dyer’s family and colleagues,” said Ms Dawson. “The temporary closure of the terminal and effects of the investigation are unavoidable and POAL is providing the industry with daily updates.

“This is peak season and 1 September was also the start of the brown marmorated stink bug risk season, with associated new import health standards. This combination of events has resulted in continued irregular terminal operations. Containers are not currently being taken off or returned to the wharf in a timely manner. New shipments are arriving regularly and the congestion is worsening daily.”

Ms Dawson said POAL is currently waiving its usual demurrage – the penalty charges normally imposed if a container remains on the wharf for too long. However, most shipping lines are still charging detention fees if containers are returned late.

“CBAFF is asking all shipping lines to waive detention charges on the containers affected,” she said. 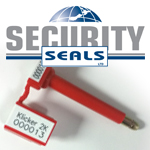